We left North Wales on the 7th of November to surprise friends in York for a birthday dinner. As a result we left all the packing to do on the 7th of November…and in a hungover state. We happened upon a rather nice drum and bass night the previous evening in Bangor…the proceeding day was spent packing and preparing everything, in the rain for added ease. With the help of Raheela and Handsome Mike, we succeeded…we emptied the caravan where we had been living, confined all our possessions to either the van or a bay in the barn…and said our farewells to N.Wales. We spent the evening with friends in York then headed to my family (Rob) in Sheffield to see family, work on the garden and the van get rid of some stuff and get some climbing done. 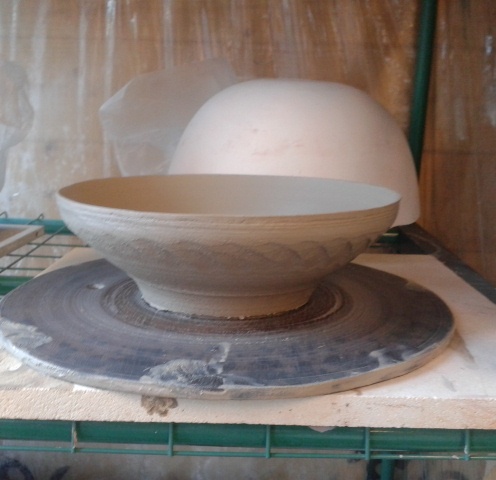 Robs pot spun on the wheel

We arrived in Sheffield the following night shattered. We took the following day off, except for unloading the van into my brothers garage (thanks Will for helping us in the rain…) and getting on with some ceramics with Trudy, mymother ( www.trudyweir.co.uk). A very nice relaxing day, we did squeeze in a run with Angus through the woods too. The next couple of days were used working on the garden there, some pruning, tidying up etc, we built a bed using old poles that were lying around in the garden and a three bay compost system using timber that we had from pallets we had deconstructed and some pieces Clive had. We concreted in a couple of poles for a washing line too. 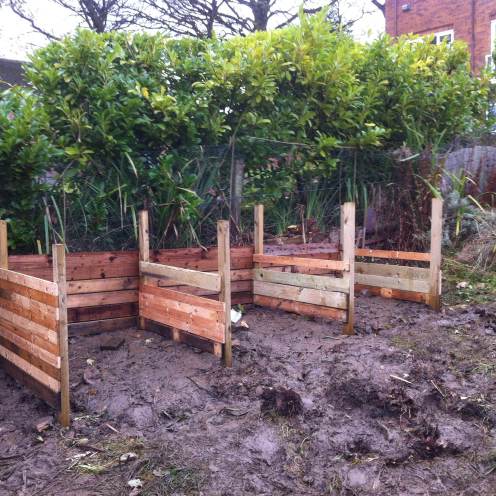 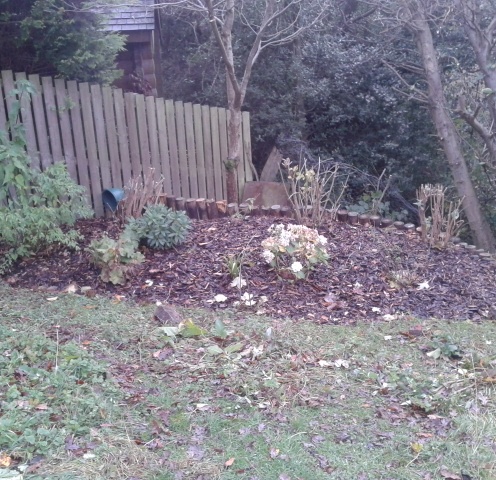 In the evenings we got a bit of climbing in at The Works. The mornings were early, taking Angus out for a morning run and then we cracked on with the van interior (another post will follow detailing the van interior and the work that went into it). We decided that it made more sense to get the van interior sorted so that the majority of the woodwork would be finished for travelling i.e storage and a kitchen. This took quite a bit of work and time, but was a fun challenge.

Once we had everything prepared in the van to a suitable level, we cut down on as many possessions as possible, getting into ruthless mode helps for such activities. As soon as you need to think of an item, that’s the cue to discard it.

Finally after a substantial delay and lots of work (thanks to Clive and Trudy for their patience and help!) we set off for Paris on the 21st of November, with everything surprisingly neatly packed in the van, we literally left for winter, it snowed that morning. We found we had built sufficient storage for everything we had…ideal!  To make things more interesting and throw a spanner in the works I (Rob) had drilled the last shelf into the interior the night before leaving…forgetting about cables etc (smart) for the exterior van lights, we had a bit of a fuse party following that…some cutting out of van lining and insulation tape later thrown in with some panic and frustration later the lights were back to normal…!

We literally left for winter

Whilst we were in Sheffield we also decided to try get the radiator replaced because there was a leak in the old one, we figured it much more sensible and suitable to replace it now in the UK rather than struggle on the road finding someone with the right radiator. To our luck, a breaker in Doncaster (http://stores.ebay.co.uk/compassrecyclingltd ) had a couple of LDV convoys there breaking, we called up and they had a radiator for us. Over we went to get it; we decided to treat ourselves to the luxury of getting it put in there and then. To our luck, Richard had a diesel heater from one of the vans…jackpot, we snapped it up and its with us now, ready for us to install when we have the time and have done a bit of reading about how to install it. It will add a great amount of welcomed warmth to the van.

The van, arrived in Paris with Joel (Arthurs Papa making an inspection)

In Paris we met Arthurs family for his nephews 1st birthday and met up with friends.  We took a trip out to fontainbleu yesterday (23rd of Nov) for a spot of bouldering and our first night camping in the van! To ensure it was a serious test we waited until it was 0°C for our first sleep.  Angus loved fontainbleu, the sandy soil around the boulders was perfect for one of his favourite past times…digging, I think a couple of the boulders may have different starts following his efforts. Good to mix it up. We got a spot of bouldering done; Font is hard the first day, still a beautiful place to be and incredible bouldering. The evening was wonderful; we had a great dinner in the van, read our books for a couple of hours and enjoyed the relative warmth the insulation had to offer! A joy, the bed was easy to set up and fun to get into, it was warmer than I remember the caravan being. I had problems sleeping because I had a serious crick neck, Arthur slept like a baby and Angus was wrapped up warm in a blanket snoozing well after a serious days digging. We headed back to Paris the next day after to a trip to a serious hardware shop to pick up some more items for van modification ready for our next leg down to Lyon.

Angus redefining the start of the climb

Arthur enjoying the first morning coffee in the van